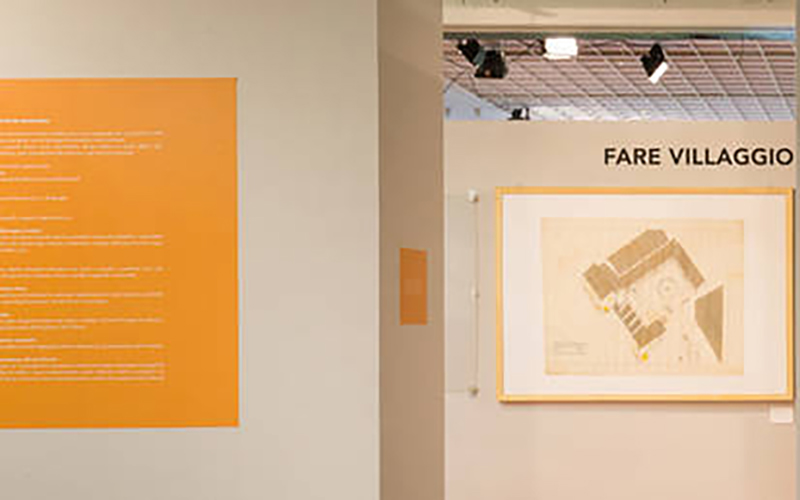 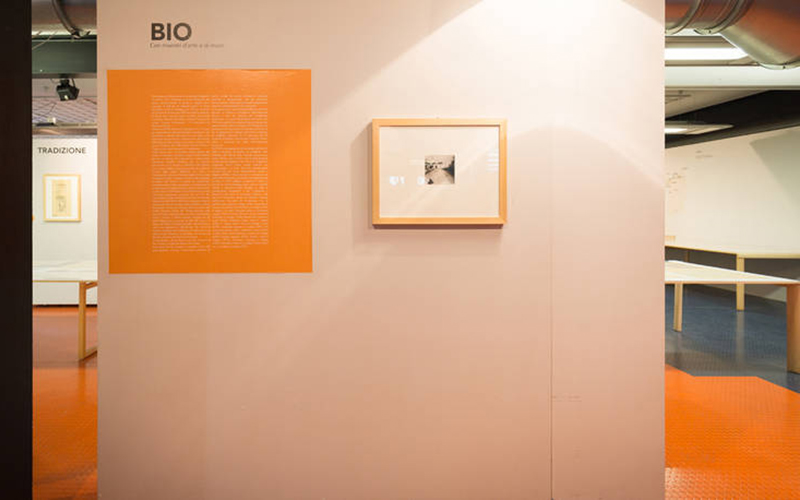 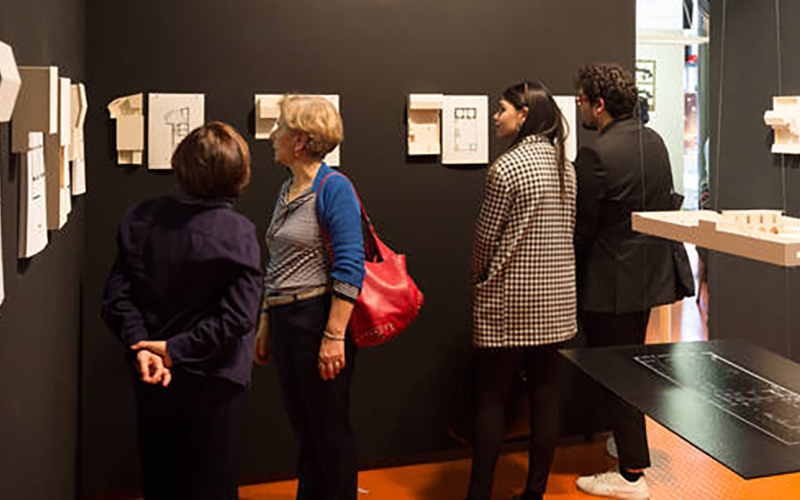 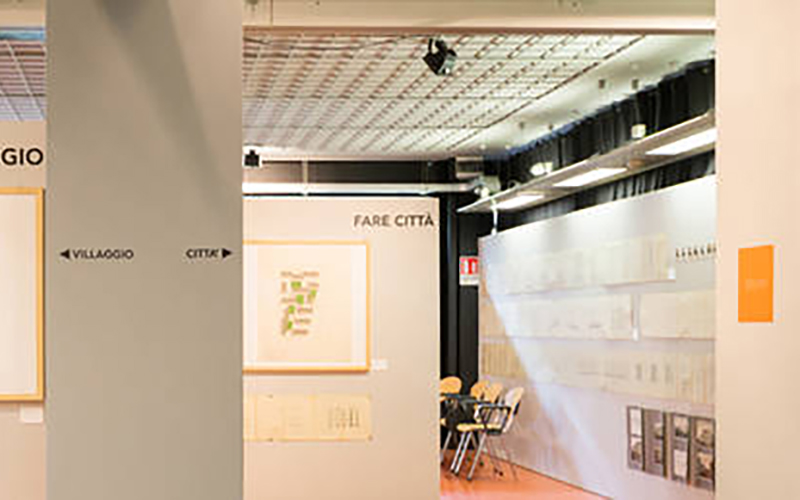 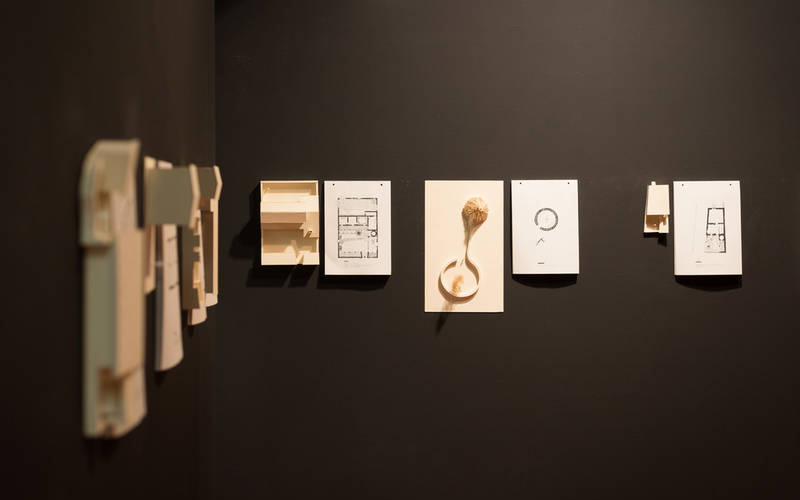 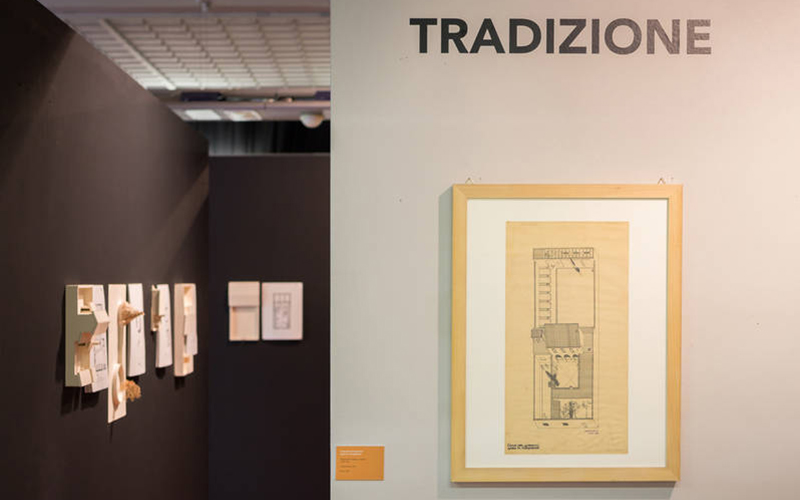 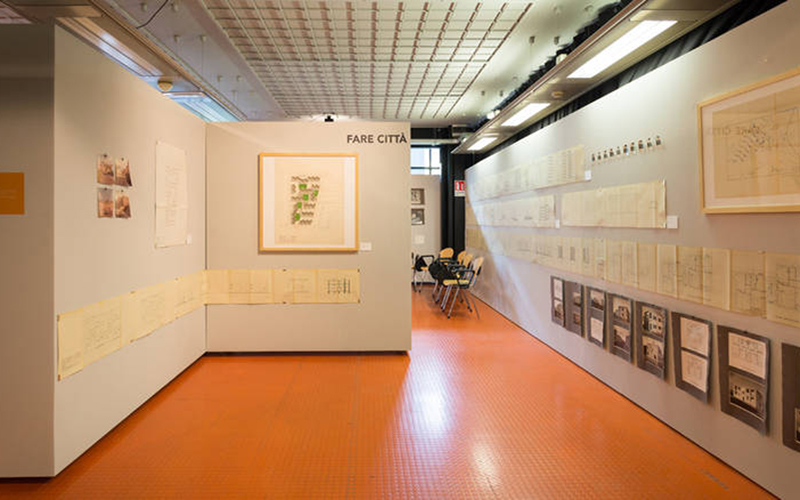 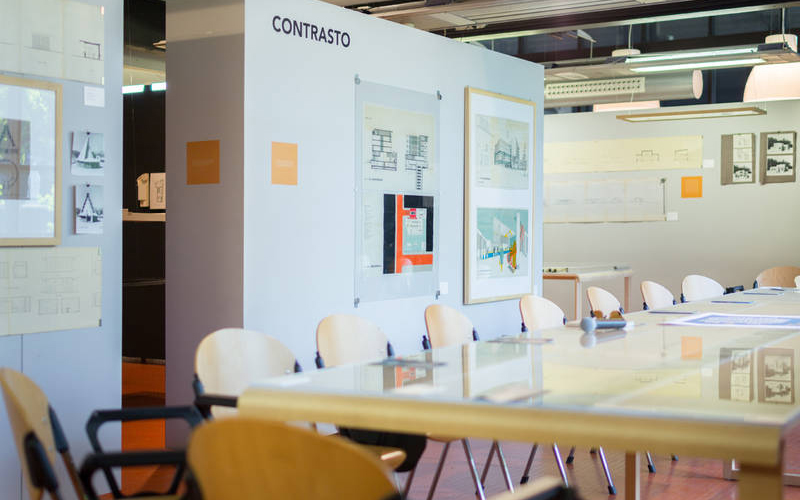 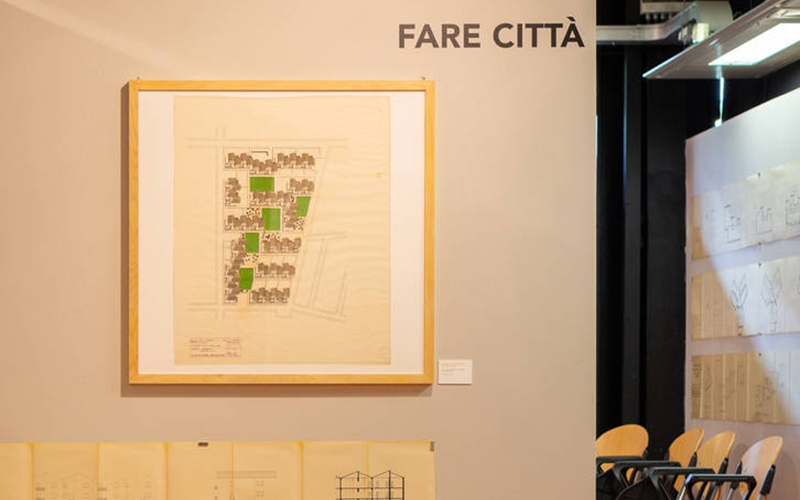 "A sepia-coloured labyrinth on a white field, surrounded by a motto I LAUGH BECAUSE I FEAR, where an arrow, at the entrance of the labyrinth, replaced the "G" of GRIDO. When I thought of this brand or logo of mine, to be affixed on projects and letterheads, in 1939, the accusation that modern architects made was that they were only good at drawing arrows. While I LAUGH BECAUSE I FEAR could be the philosophy of someone like me who was about to face an uncertain professional activity". [Vico Mossa]

The Scuola di Architettura Urbanistica Ingegneria delle Costruzioni of the Politecnico di Milano hosts, in the spaces of the Galleria del Progetto, the first monographic exhibition dedicated to the work of the Sardinian architect Vico Mossa. This is an important moment for the Italian architectural culture, which thus finds its protagonist of primary importance, until now mainly known for his commitment to the so-called minor architecture studies. The project, financed by the Foundation of Sardinia and sponsored by the Ministry of Cultural Heritage and Activities, is part of the interventions that the Municipality of Serramanna, in collaboration with the Polytechnic of Milan, has implemented in order to preserve, study and enhance the Vico Mossa Architecture Archive.
The exhibition IO RIDO PERCHÉ HO PAURA, with more than 200 project tables, drawings, models, photographs, letters, articles, books, etc., mostly unpublished, created between 1935 and 1990, offers the visitor the opportunity not only to reconstruct the multifaceted profile of the author, but also to specify, through the living testimony of the works, the role that Sardinia was able to play in the panorama of Italian architecture in those years. If, as E. N. Rogers <<Modernity is the most evolved instance of tradition>>, reinterpreting today Vico Mossa's work, his extreme attention to local characters, to the specificities of contexts, to the fragilities deriving from a condition of atavistic isolation, becomes here an operation of extreme topicality, useful and vital testimony of how the principle of the economy of means, which has always been intrinsically linked to the knowledge of places, is still able to nourish the present becoming the key to design the future.
The exhibition IO RIDO PERCHÉ HO PAURA. Vico Mossa. Sardinian architecture between rurality and modernity, is part of a series of initiatives carried out following the memorandum of understanding signed between the Directorate General for Architecture and Contemporary Art and the Directorate General for Archives, with the aim of creating a National Plan for the 20th century Architecture Archives through which to protect and enhance the vast documentary heritage preserved in these places often little known to the general public. The Milanese exhibition is also part of a more ambitious project that sees the Municipal Administration of Serramanna and its partners involved, as well as in the promotion of the Vivo Mossa archive, in the creation of a Research Centre dedicated to it that could later become the basis for the establishment of the first Study Centre for the History of Architecture in Sardinia.