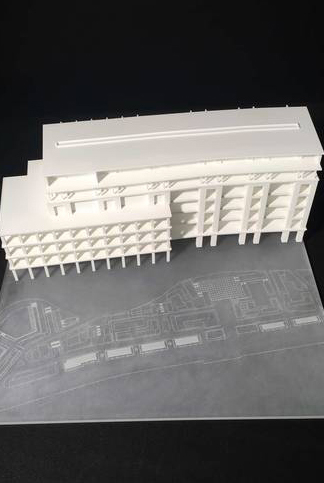 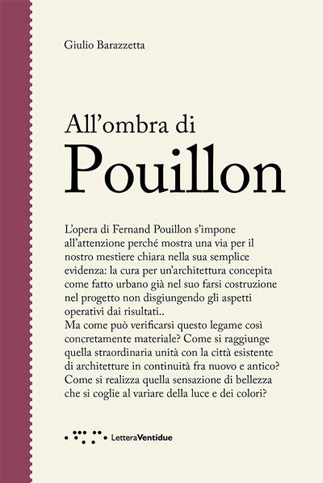 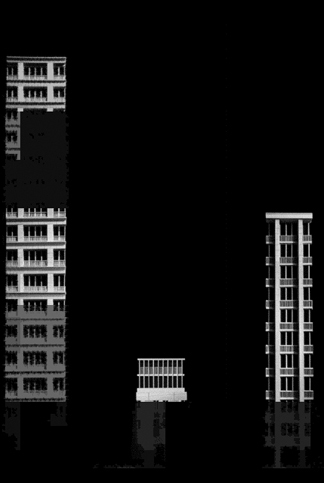 "Courage is in being yourself, in showing complete independence, in loving what you love, in discovering the deep roots of your feelings." [Fernand Pouillon]

Fernand Pouillon was one of the few architects of our time who intimately and inseparably linked his architectural conception to the constructive character and materials, especially stone, to the point of developing his own original language.It might perhaps seem a digression to make Pouillon's stone architecture descend from its concept of city, but it also seems evident that the choice of this material does not follow an apprenticeship acquired by its masters Perret and Beaudouin, nor is it a daughter of the architectural ideologies of the time which privileged almost exclusively the "modern" materials, reinforced concrete, iron, glass.
The reasons for the choice are perhaps to be sought in the collective and social role that Pouillon assigned to architecture, that is to say in the primacy he attributed to the urban public dimension rather than to the great architectural gesture, thus assigning a central role to decorum, durability, and beauty, these are the prerogatives of stone materials.
Most of the residential complexes built by him in France and Algeria before the crisis of 1961, were formed by economic-popular building and all built with massive quantities of stone, which placed them in a scandalous way outside the conventions and the construction practice of the time. Instead, stone, a material traditionally used for the most representative public buildings of the city, becomes in the conception of Pouillon, the actor of a new monumentality extensible to the whole urban fabric. This is what he explicitly states when speaking of Climat de France, the famous "200 column square" of Algiers, when he says "Cette Ville pour les plus pauvres serait a monument" and further on "Pour la première fois peut-être dans les temps modernes, nous avions installé des hommes dans un monument…". Similarly, for Meudon-la Foret, he recalls "Je dressai un projet monumental, cyclopéen, pour loger les moins fortunés."
The stone, therefore, corresponds to a program of urbanistic ideology, expressed by him in the concept of "ordonnance", which is articulated in different ways and intensities but with similar intentions in all urban scale interventions carried out by Pouillon. Pouillon's challenge was the creation of an alternative construction process, based on the global use of stone, through the use of stone material both at a structural level, as a load-bearing masonry mass, or as pillared elements, and at a compositional level in the design of the facades.