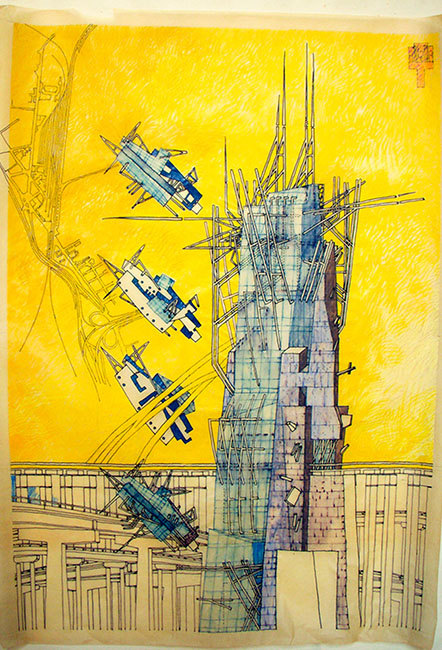 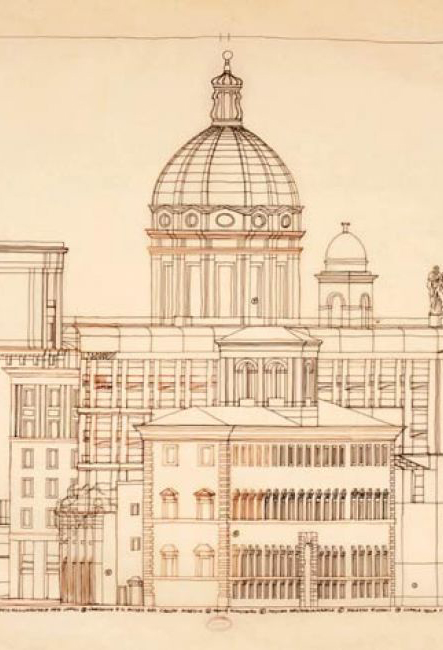 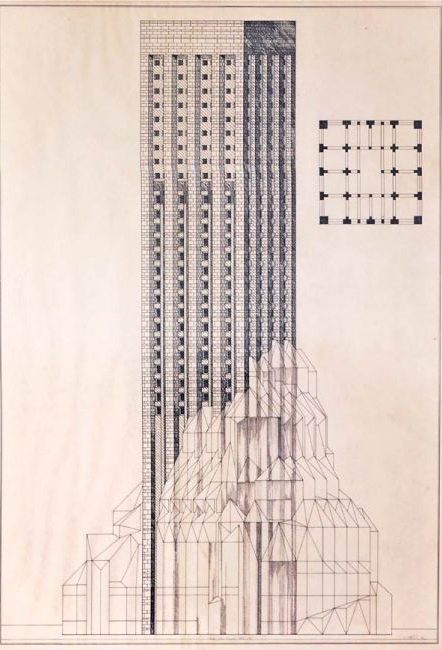 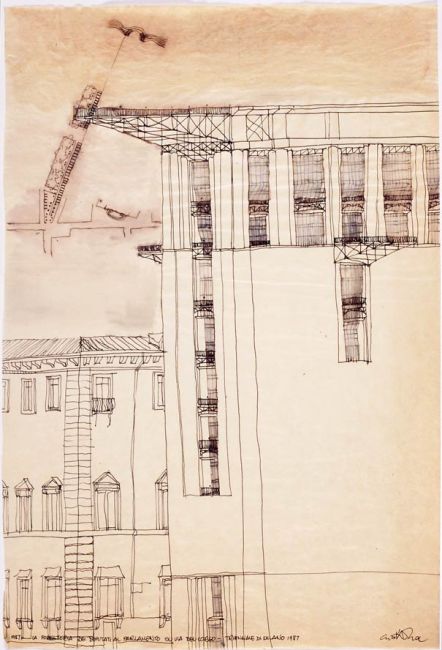 "(...) But if you think about experimentation you probably have to think about courage and consistency. An experimentation has so much value if it has the courage to present itself as such and hunger for it, a battle. When you experiment you also accept the external line, which is different. (...)" [Giangiacomo D'Ardia]

Diachrones. Gangiacomo D'Ardia. Architecture projects 1967-2017. The exhibition presents a critical collection of materials and projects elaborated by Giangiacomo D'Ardia in a chronological context from 1967 to 2017. The exhibition hosts, through drawings, sketches, models, photos, both realized works and research and experimentation projects, both already exhibited in international contexts and belonging to different public and private collections.
The aim of the exhibition is to document and illustrate a path of design and educational research on architecture and landscape with a critical approach and a very particular point of view, which has had as its field of investigation both in historical contexts and fragile landscapes over a period of fifty years.
An exhibition poised between research and application, in which the relationships between figures and forms of architecture are told through an analogical reassembly.
On the occasion of the inauguration, Professor Laura Thermes gave a lecture on the work of Giangiacomo D'Ardia and his contribution to the Italian and international cultural debate.

Giangiacomo D'Ardia (Rome 1940) graduated in Architecture in Rome in 1967. He holds the Chair of Urban Design and Composition, and the course of Architecture of Large Complexes and Infrastructures at the Faculty of Architecture of Pescara of the University "G. D'Annunzio" of Chieti; since 1997 he is director of the DAU, and since 2000 of the DAIP. He is director of the Ossimori series (DAU).
During the '70s and '80s D'Ardia's research developed mainly on the historical city, intervening with elegant stitching, implemented using themes and symbols of the city built in continuity with the existing architectural context, but not disdaining the use of materials, elements of contemporary research (of this period are the works on Via del Corso and Piazza della Rotonda). He then turned his research to large-scale design, driven by the consideration that urgencies come from themes that increasingly, in a saturated reality like Italy's, lead to invasive results with respect to our heritage, and that it is absolutely contradictory that solutions relating to infrastructural systems occur only on those plans that do not incident on formal choices but that involve formally disruptive results.
His theoretical commitment is expressed by directing, among other things, some research of the CNR: for example, those on "The isolated house in the Italian Landscape" and "Methodologies of design intervention and architectural recovery of infrastructure systems, railways, roads and related service buildings along the coast of Abruzzo Marche"; he is currently National Scientific Coordinator of a research MURST 40% on "The Construction of the Territory".
Since 1996 he has been on the Management Committee of the magazine "AREA". He has been invited for conferences and seminars on the themes of his research activity in numerous Universities including those of Vienna, Waterloo (Canada), Madrid, Buenos Aires, Cordoba, Lubijana, Montevideo.
Characteristic of D'Ardia's research during the Eighties is the attraction towards classicism, confirmed also by the type of drawing chosen to represent his works. It is mostly a freehand bow, proposing expressive techniques typical of the Academy, drawing on a close scale, and according to orthogonal projections that represent the project in perspective, inserted in its surroundings. The context in these years is exclusively the consolidated city, and the drawings have the clear intention of exalting the attention to the urban continuum, but giving the project a dominant character, thanks to refined ratios of measurement and calibration of the material and the spelling of the elevations, which acquire a monumental value, made precisely by the elegant rarefaction of the elements that design the project. These include some of D'Ardia's best-known projects, such as the Shinkelian buildings for Berlin or the project for a museum of Modern Art in the Ca' Venier dei Leoni in Venice, conceived with Ariella Zattera, a project awarded the Stone Lion at the 3rd Venice Biennale.
His most recent projects include the renovation of Piazza di Pietra in Rome, with Carmen Andriani, the project for the Borghetto Flaminio in Rome, an international competition of ideas in 1995, presented in "Le voci emergenti" at the Venice Biennale, the project selected in the International Design Competition for the Ponte dei Congressi in Rome in 1999, the construction of the S. Romano church in the Gallaratese district of Milan (1990-94). [Source Donata Tchou]